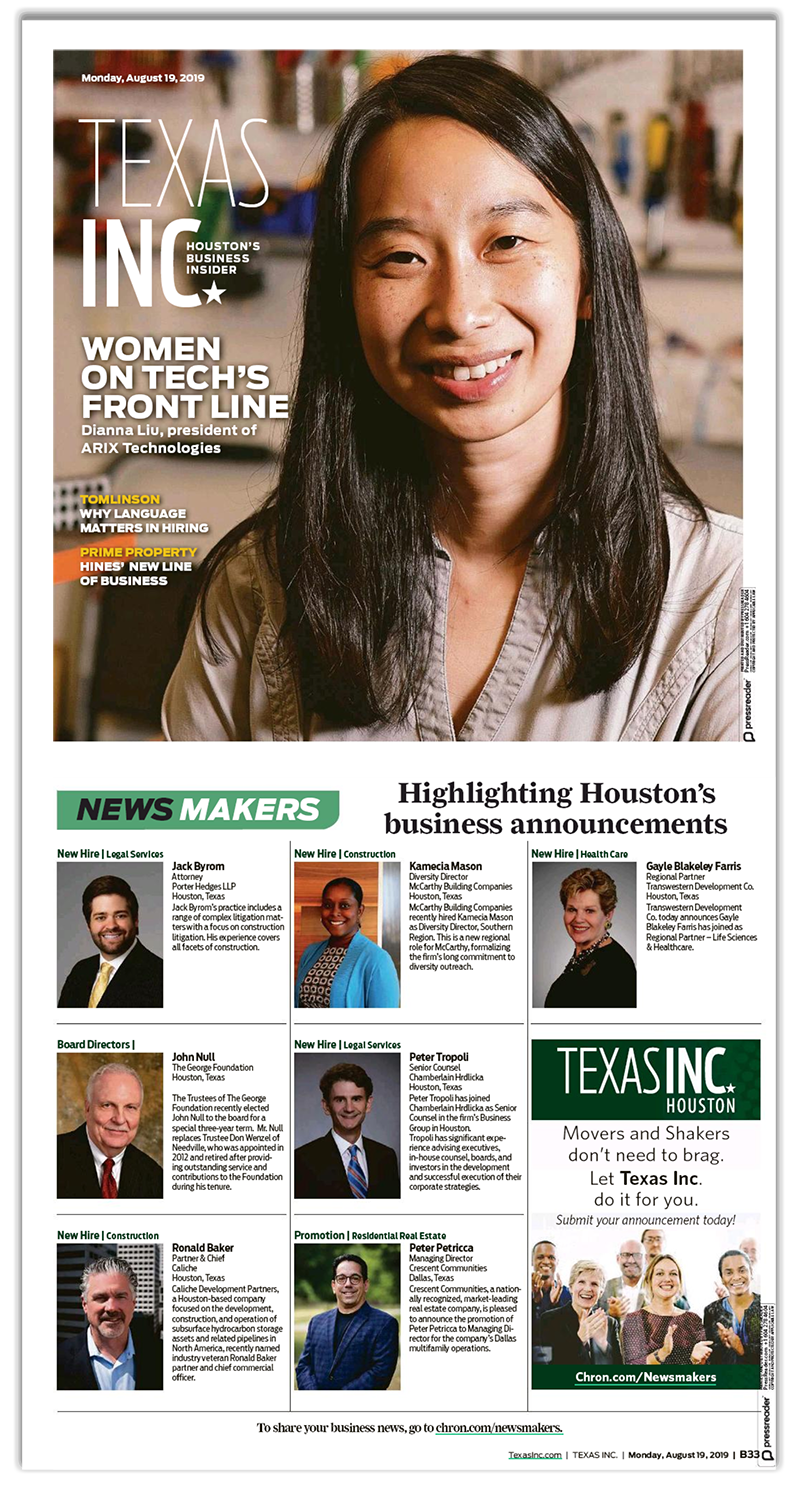 Monday, August 19, 2019 | (Houston Chronicle) – The Houston Chronicle's Texas Inc. recently covered the appointment of industry veteran Ron Baker to partner and chief commercial officer at Caliche. In his new role, Ron will draw on 35 years of experience in oil and gas specializing in the midstream sector, including two decades with Koch Industries. During his tenure with Koch, he led the development of a successful trading business, first in North America and eventually, around the globe. The creation of this position reflects Caliche's broader effort to expand its Coastal Caverns facility in Beaumont, TX from the operating ethylene storage business into NGL storage using the two wells under construction.
BACK TO NEWSROOM